Guide on how to hire a Dancer in Dubai

Our 5 tips to help you hire a Dancer in Dubai.

If you are reading this article, then it is safe to assume that you have this whole kick-ass event in mind and don’t know where to start? But you know that adding dancers to it can add the wow effect you are looking for?

Sure, you can pick the best equipment, staff, catering company or even go out of your way with awesome decorations, but those will fall more on the background of the stage; while dancers will make the memory of the night for all that are there.

Don’t worry, we have been there before. Tight budgets, limited options, or too many options I might say; but most importantly, lack guidance on how to hire the best for your buck.

But first things first; finding the right entertainer or dancer in Dubai is not so easy and as simple. This can be tricky because this particular detail of your event is THE ONE that will make it or break it. Before we jump into the dancer hiring, let us get through the basics steps before you jump into identifying the right dance performance you need.

First of all: Plan, plan plan

This is the most important pillar of your event. Don’t get lost in the glamour of it, because planning an event can suddenly take a bad turn and leave you slapped in the face. There are so many things to source out and coordinate, you must stay organized/

Budget: First and foremost set a very clear budget. Do not rush into buying that huge glittery set of decorations just. Food & entertainment are the main things that an attendee will focus on and the most memorable things of the event. So this is where the bulk of your budget should go. Having clarity on the breakdown of the costs associated with your budgets is a must. Performance should not be a priority at first. It should come only after you have secured the foundation to allow the great show to take place.

Venue: If you’re throwing a larger event, you’ll have to select the city you’re planning on hosting in. If you’re throwing a smaller, local event, that’s less of a concern. Regardless, plan an event that’s easily accessible to the majority of your target audience. While some venues might be slightly out of town and be more budget-friendly; you might not always get the traffic of people you want.

Main Attraction: It’s time to take a minute now and think, what would your guests love the most? and importantly, what vibe and atmosphere does your setup have, and are you willing to project? A big venue would need a big flashy show that will fill it out, but a small venue requires something perhaps more intimate, cozy and interactive.  At the end of the day, you want to impress! This is where you will need to pick wisely which type of group or solo dancer you would like to hire in Dubai; so that they blend in with the atmosphere you have created.

You need to be clear on the different types of dance categories and subcategories available out there before you decide on which dancer to hire in Dubai. That is key; as it will enable you to plan the wow effect you will need, and make sure you had access to all the best styles out there.

Lucky for you, the beautiful thing about Dubai is it's cultural diversity, which means that you can literarily find any type of dance performance you can think of. So allow me to break it down easily for you and give you a holistic view of these awesome performers in the region.

Here are below the popular dance categories and subtypes you can find in Dubai:

These dances originated originally from Italy during the early renaissance years, and slowly traveled the world. They are typically shared between one male who will act as a “lead”, and the female will act as the “follow”. They are elegant and formal dance styles that are usually performed in competitions.

These types of shows require a defined dancefloor, so make sure your venue has the right space for it. Below is a list of some of the ballroom two dancing styles and variants:

Smooth dances: an elegant and slow two-person dance, which is one of the most famous dances of the ballrooms around the world.

Foxtrot: a type of dance which is performed by a band, characterized by long and continuous movements along with the dance floor.

Waltz: a type of dance that requires the execution of fluid moves to a piece of slow melodic music.

Viennese Waltz: this type differs from the slow waltz by having a much faster beat.

Latin Dances: Characterized by high heels, sensual hip movements. These include the 3 most popular types which I am sure you have heard of:

Rumba – a Cuban dance known for the sensual hip movements.

Samba: originating from Brazil, it is regarded as a national dance of the country.

Tango: this type of dance has so many different variations but it is known to be as well, sensual and energetic.

These are the types of dance performers that are specific to regions, linked to culture and are socially practiced, rather than professionally. We can break this category into several subtypes, highlighting the ones the available styles to hire in Dubai.

Salsa: the most popular type of dance, which is known to be very sensual and energetic.

Bachata: originating from the Dominican Republic, it is a basic sensual dance performed in full 8 counts moving within a square.

Merengue: also originating from the Dominican republic. It accompanies the merengue style of music, where dancing partners hold hands at chest level and move in sensual semicircles at a slow rhythm

Folk Dance: this subtype as the name suggests, is a performance that represents the cultural heritage of the people performing it. Here in Dubai and the surrounding countries, we are exposed to the below styles, as these cultures are prevalent in the United Arab Emirates.

Dabke: is a Levantine folk dance originating from the countries of Lebanon, Jordan, Syria & Palestine. It is performed during Joyous occasions, such as weddings.

Al-Ayyala dance: traditional folk dance of the United Arab Emirates, which is often called the “stick dance”. It features two rows of mend standing face to face and chanting traditional Bedouin tunes, while, you guessed it, waving their sticks.

Tannoura Dance: the word tannoura means Skirt, and the dance involves a dancer who whirls with a colorful “tannoura”. It is associated with Sufism and is performed predominantly at Sufi Festivals, but also a preferred choice for many festivals and events in Dubai.

Belly Dance: the most famous oriental dance we have in the world; it is an expressive form of dance that has originated from Lebanon, and as the name suggests, involves the complex movement of the Torso which sends percussive movements and vibrations of the hips and ribcage.

Capoeira: This is an Afro-Brazilian martial art, which combines moves that are highly athletic to the beats of the music. It originates from Brazil, developed by enslaved African at the beginning of the 16th century.

Swing: a fun type of Dance where performers wear stylish dressed, danced to the tunes of jazz music from the early 1900s.

Lion Dance: is a traditional form of dance ingrained in Asian & Chinese culture, in which performers mimic the movements of a lion in a costume. The lion is a symbol of fortune and good luck.

As the name suggests; this is a type of dance that has been refined since the renaissance years when music, poetry, arts, and dance started to rise in popularity. Ballet is for all of us the first type that comes to mind, as it is revered as the most complicated dance of all time; refined over time by the efforts of Russia & France. Since then, many other types came to be labeled as professional dances. Let us explore them all for you.

Ballet: the term Ballet means “Dance” and originates from Italy and gained popularity in France & Russia. Today it has even morphed into more subcategories, such as contemporary, classical, neoclassical etc...

Contemporary Dance: It focuses on free leg movement, unpredictability, and multiple simultaneous actions originating from the mid 20th century, which evolved as an alternative to the classical dance styles and modern styles of dancing.

Concert “Stage” Dance: You guessed it right. It is the type of dance performed for a large audience on a set with the presence of music.

Advances in music and technology brought forward many new types of dance. You have electronic and rock music which brought the era of Disco, rave, punk & house music. How do you think people danced then?

House Dance: this social dance quickly found its way into the home and clubs around the world. It originates from New York and characterized by a subtle riff of music, influenced by soul, funk & R&B.

Rave Dance: Loud volume, pulsating beats and psychedelic tunes. We have been to those dark clubs.

Disco Dance: wearing extravagant sexy clothing during the 1970s and dancing with no rules.

Bollywood dance: is the elaboration of a mix of traditional Indian music and Hindi dance traditions that involves a large number of participants.

Often called urban or street dance, this style originated from the streets of New York. We all know the big names of the music scene, but here below are the main dance styles associated with it.

Breakdancing: an incredibly athletic style, similar to that of Capoeira, with movements close the ground.

Popping dance: The technique originates the 1960s is all about controlled and quick contrasting and relaxing of muscles that will create the feeling of a jerk or pop as they call it, throughout the body.

Locking: as the name suggests, it involves incredibly diverse moves, which then culminate to a sudden stop “Lock” and the artist holds the position.

The list can go on and on, but I guess now you have enough material to decide (If you have not already) on the specific style of dance performance, you want to hire in Dubai. Always make sure that you brief the performers well on what to expect during the day of the event so that expectations are managed from both sides.

As we mentioned in the beginning. Plan the setting, Plan the outcome, Plan the performance – Find, Book n Enjoy!

Joining Findbne is quick and easy.

Want to stand out, get found & get booked? 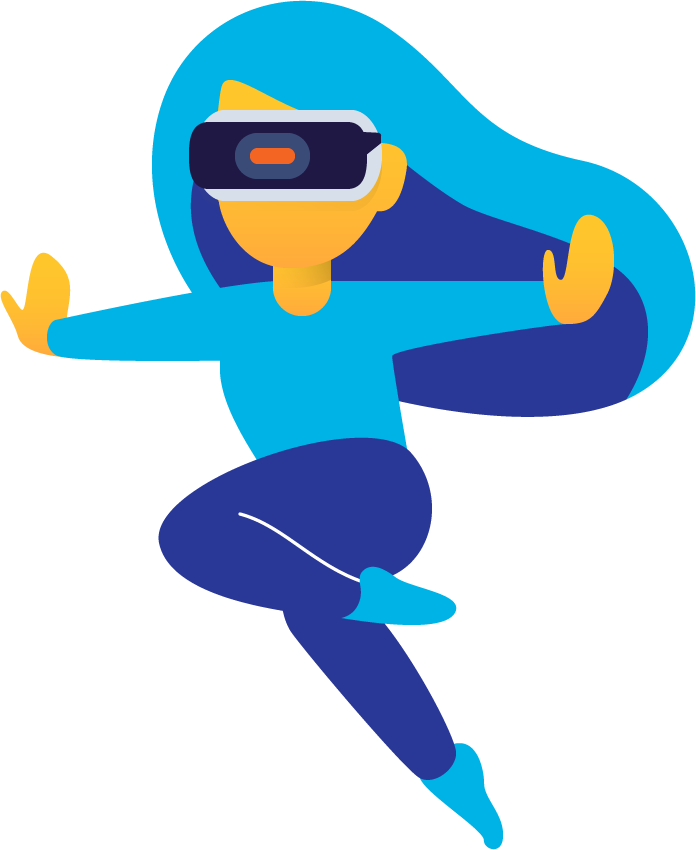 Need to hire a performer or vendor? 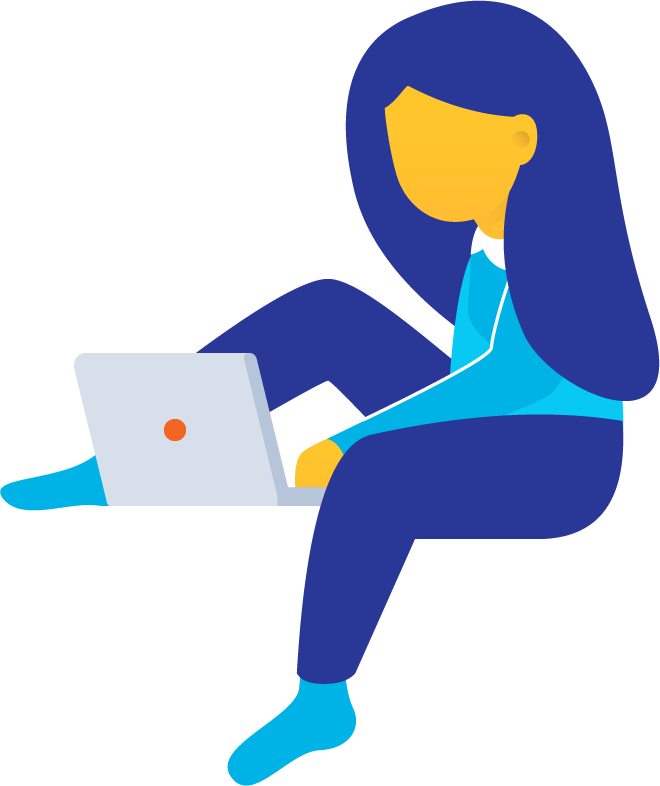